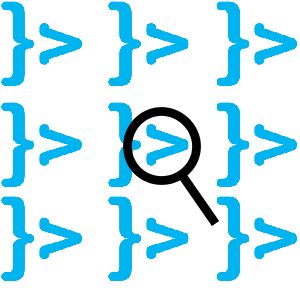 “Vaadin doesn’t scale, because it holds the UI state on the server-side.” Sounds reasonable, doesn’t it? I claim, that this scalability argument is used to often and especially in cases where Vaadin could still deal with the load. It would be very pity, if we switched to another framework and lose the great development experience and productivity and eventually have to state that we underestimated the ability of Vaadin to deal with the load.

In a past project of mine, we were facing an upcoming increased amount of users (from 2-3 concurrent users up to 100 concurrent users). I wanted to find out, if our existing Vaadin application can still handle this load. So I decided to investigate the memory usage of our application.

Although I focus on Vaadin-based applications, the presented tools and approaches can also be used to analyze every Java-based web application (for instance JSF or an angular.js-REST-application). They are independent from the used framework.

I started my investigation with a look at the Vaadin session of a single user. For this purpose I used XRebel, which is a great tool for profiling a Java-based web application. It is directly visible in the application and provides useful live information. XRebel shows, for instance, which HTTP requests leads to which database queries (with the real values, not the placeholder “?”) and how long they took. Moreover, it shows the content of the HTTP session and its contents. That’s what I was looking for!

Look at this! A Vaadin session of a single user is 33 MB big? That’s huge and way too much. This will never ever scale! But before giving up, let’s drill down into the session’s structure (using the “+”-symbol). Maybe we can find the cause for this size.

OK, the UI state within the session is the culprit. Let’s continue. After drilling a little bit deeper into the UI layouts and components I discovered a field of a layout:

The field “changeContextProvider” is a Guice Provider. Please note the reference ID “@449488f7”. I have no idea, why this class is so big. But before I analyze this issue, I have opened a second tab of the current view in my browser. I had expected another UI in the session with 32 MB. But surprise surprise:

The new UI is way smaller than the first one (19 KB instead of 32 MB). That’s interesting! I´ve searched for the “changeContextProvider”:

The other UI contains a reference to the provider. Note the same reference ID (“@449488f7”). The provider seems to be shared. Ok, let’s open a new session as a new user and take a look at the field:

The same reference ID, although it’s another session! The provider is an application-wide singleton and is shared between all sessions. This means, that the huge provider is not relevant for scaling. Moreover, I discovered other Guice providers that are also shared between all sessions. So I assumed that the effective size of a session is way smaller than it is shown in XRebel. Next, I wanted to verify this assumption.

Execute a Simple Selenium Test and Monitor the Heap Size

Then I have analyzed the memory footprint of the whole application while I simulated a couple of users using the application.

I have tried Gatling and JMeter for writing some real load tests and followed the instructions for writing Gatling test in Vaadin and JMeter tests in Vaadin. But unfortunately my application had logged nothing during the tests, although it should have. So I conclude the server-side has not been triggered correctly. However, I highly recommend to try these tools and write some real load tests before you go with my approach.

I use the JMX Console of the Java Mission Control to monitor the heap size of the JVM. You can open the console by right clicking on the process and select “Open JMX Console”. JMC is shipped with our JDK and is located in <jdk>/bin/jmc.

I wrote a little Selenium test that opens the login page, enters the credentials and get redirected to the application. This workflow is repeated in a loop.

Moreover, I started multiple instances of this test in parallel. This was done with a simple shell script.

Writing Selenium tests for Vaadin out-of-the-box is difficult due to the asynchronous nature of Vaadin. Selenium doesn’t know how long it has to wait after a button click, because there is no page load. It has to wait for the client-side engine to finish the processing of the current asynchronous request. Vaadin offers the commercial tool TestBench for this purpose. There is a trail version available or you can try to write this functionality by your own.

Moreover, I wanted to log the current heap size and optionally trigger the Garbage Collection. Therefore, I wrote a simple Servlet for this job, which is also deployed in the servlet container. The test sends an HTTP request to this Servlet after every login (see snippet given above).

Test Without Running the GC Manually

Moreover, let’s consider also the CPU usage to see if the GC is expensive. Please mind that only the bright blue line (JVM CPU Usage) is relevant.

The output (mind that the GC has been called before the output):

Scaling is a demanding topic. In this post I focused on some fundamental considerations of the memory footprint and some useful tools. However, there is much more to do: