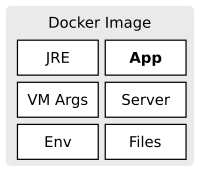 Consuming RESTful services can be a laborious task, because there is much low-level-work to do. Jealously we looked at the WS*/SOAP guys: They can easily generate a nice client API based on the formal interface specification WSDL. This significantly simplifies the service consumption. For a long time the REST world lacks a widespread formal specification and generation tools. But Swagger sets out to change this.

Designing HTTP and RESTful APIs can be tricky as there is no official and enforced standard. Basically, there are many ways of implementing an API but some of them have proven in practice and are widley adopted. This post covers best practices for building HTTP and RESTful APIs. We’ll talk about URL structure, HTTP methods, creating and updating resources, designing relationships, payload formats, pagination, versioning and many more.

Vaadin is a mature web framework for developing rich internet applications. Building web-based GUIs with Vaadin feels like developing a desktop application, which is great, comfortable and fast. However, there are situations where Vaadin is not suitable. In this article, we take a look at the architecture of Vaadin and point out its strengths and weaknesses. Let’s start.

Sometimes you want to create a local (offline) copy of a remote Eclipse p2 repository to achieve independence, stability or simply higher speed. This post discusses approaches to achieve this.

From time to time I review code of my colleagues. Especially for a younger developer giving feedback to an older and experienced developer is hard. The colleague has to be open-minded for feedback and criticism. For this, it’s helpful to communicate how code reviews should be considered. I’m convinced that doing so will increase the acceptance of your feedback. But let’s get more concrete.